By Tutanjam - May 09, 2020
In Maharashtra, there is a temple of Ghrishneshwar Mahadev, 11 km from Daulatabad, near Aurangabad. It is one of the twelve Jyotirlingas. Some people also call it as Ghushmeshwar. The famous Ellora caves built by Buddhist monks are located near this temple. This temple was built by Goddess Ahilyabai Holkar. Located away from the city, this temple is full of simplicity. This is the last Jyotirlinga in Dwadash Jyotirlingas. It is also called Ghushmeshwar, Ghudrneshwar or Ghrishneshwar. It is located near Verulgaon, twelve miles away from Daulatabad in Maharashtra state. 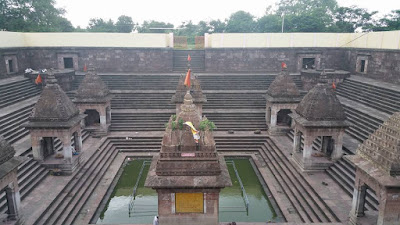 The story of Ghritneshwar Jyotirlinga begins with the story of Sudharma and Sudeha, a couple of husband and wife. Both were happy in their married life, but they were deprived of the attainment of child happiness and it was proved that Sudeha can never become a mother. So Sudeha got her younger sister Ghushma married to her husband Sudharma. Time passed and a beautiful child was born proud of Ghushma. But slowly, seeing her husband, love, house-by-house, losing respect and honor, the seeds of jealousy started to sprout in Sudeha's mind and one day she saw the opportunity and killed the child and her body in the same pond. Put in which Ghushma used to immerse the lingam of Lord Shiva. Sudharma's second wife Ghushma, who was an ardent devotee of Lord Shiva, got up every morning and worshiped Lord Shiva's 101 Shivalinga and then put it in a pond. Hearing the news of the boy, there was chaos all around, but Ghushma continued to worship Lord Shiva by making a Shiva lingam as usual on that day and when she went to immerse the lingam in the pond, her son came out of the pond alive. He Came. At the same time Lord Shiva also appeared to Ghushma, Bholenath was obsessed with this act of Sudeha and wanted to punish him and give blessing to Ghushma. But Ghushma pleaded for forgiveness to Sudeha and prayed to Shankar Bhagwan for public welfare. Accepting the request of Ghushma, Bholenath started living in the form of Shivling and this place became famous in the world as Ghritneshwar Jyotirlinga. 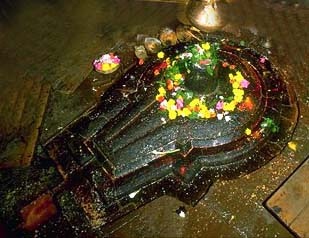 Ghritneshwar Jyotirlinga Temple opens at 5:30 am and closes at 9 pm. However, in the month of Shravan (August to September), the temple is open for devotees visiting from 3 am to 11 pm. The distance from Shirdi to Ghritneshwar is about 95 km. 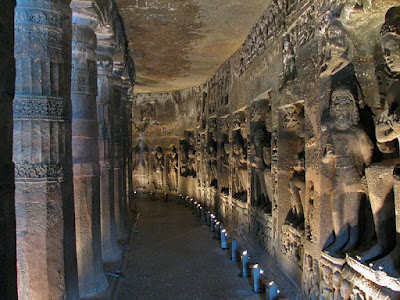 Ajanta's cave is located at a distance of about 105 km from Aurangabad city of Maharashtra state. The ancient caves of Ajanta are one of the most visited tourist places in India which are the greatest surviving examples of Indian cave art. The Ajanta caves are built by cutting a horseshoe-shaped rocky area on the banks of the Vaghur River. There is a collection of 26 caves on this horseshoe shaped mountain. 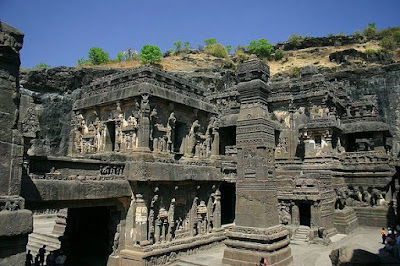 Ellora Cave is a UNESCO World Heritage Site located in Aurangabad district in the state of Maharashtra, India. Ellore Caves is located about 29 kilometers north-west of Aurangabad. This cave is one of the largest rock-cut monastery cave complexes in the world. In which the features and artwork of monuments related to Buddhism, Hinduism and Jainism are seen. Tourists like to visit Ajanta and Ellora Cave very much. 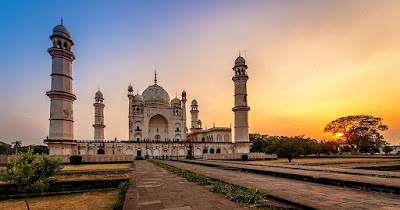 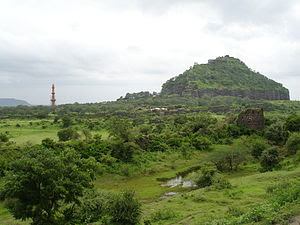 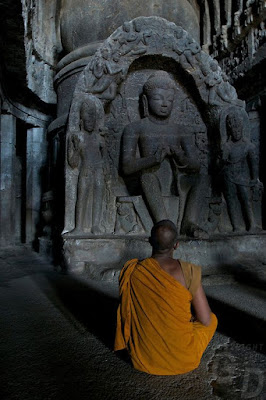 Tourist places to visit in Ghritneshwar Jyotirlinga include 12 viharas or monasteries mostly in 12 Buddhist caves. There are many temples in the monasteries of these caves which are made of Buddha, Bodhisattva, images of saints and sculptures. Chaitya Hall Cave 10 is considered the most popular among them all. In the center of the cave there is a statue of 15 feet tall Lord Buddha. 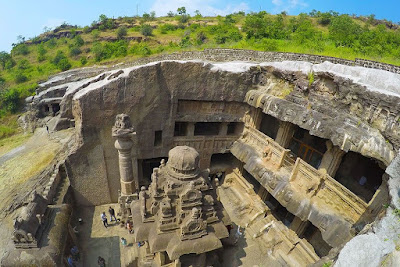 Cave number 34, located in Ellora caves, is an unfinished four-column hall associated with Jainism and is known as Jain Cave. Travelers visiting the Ghrishneshwar temple definitely visit this cave. 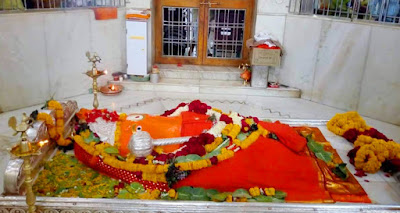 Bhadra Maruti Temple is dedicated to Lord Hanuman Ji, a Hindu deity, situated in Khuldabad near Aurangabad. This temple is one of the three temples in India where the idol of the presiding deity Pawan Putra Hanuman Ji Maharaj is seen in Bhava Samadhi or sleeping posture. The other two temples are located in Allahabad and Madhya Pradesh. The temple of Bhadra Maruti Hanuman Ji Maharaj is located about 4 km from Ellora Cave. 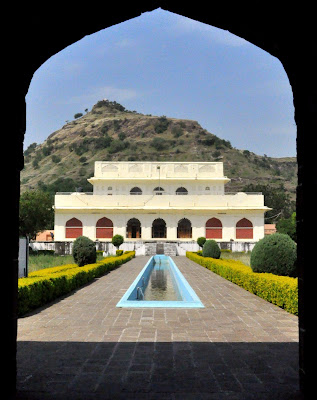 Soneri Mahal is a Rajput palace and a living specimen of traditional Indian architecture. This building has been converted into a museum made of lime and stone. Soneri Mahal stores pottery, art, clothes etc. It is named Soneri Palace because it was decorated with beautiful intricate gold paintings.