Mahabaleshwar is a city in the Indian state of Maharashtra. The resort town is located in Mahabaleshwar, southwestern Maharashtra state, western India. Mahabaleshwar is located at an altitude of 1,438 meters in the Sahyadri Hills of the Western Ghats, 64 km southeast of Mumbai (formerly Bombay) and in the northwest of Satara Nagar. The city of Mahabaleshwar offers a panoramic view of the coastal Konkan plain from the slopes of high-rise hills. Strawberries and other fruits of the temperate region are grown here. 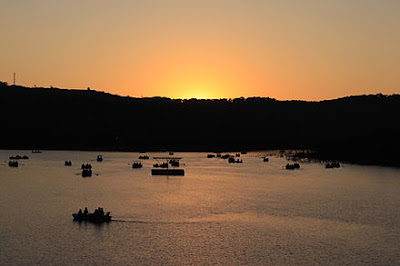 Mahabaleshwar was known as Malcolm Peth and today it was in Safe Custody of the British Authority before being developed into one of the most visited hill stations in the country. Mahabaleshwar means the God of Great Power, the great power of God. There is a lot for children and adults to visit here. From lakes to forts, temples and some such main points, every tourist must visit. 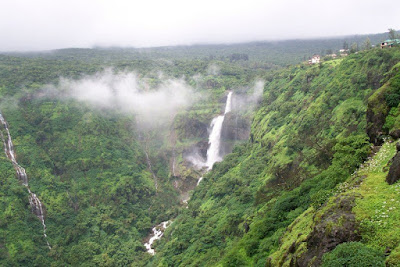 Recognized as the origin of Krishna river and its four main tributaries in ancient times, this place is considered as a pilgrimage center by Hindus. Most of the Brahmins live in the old part of this city, whose livelihood depends on the pilgrims. The British explored the potential of the region and in 1828 established a modern city as a hill station. Earlier it was called Malcolmpeth in the name of the Governor of the British East India Company. 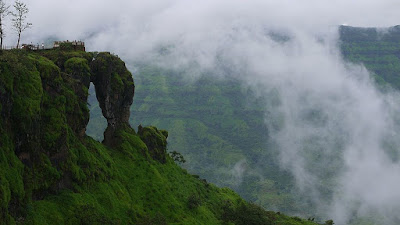 If you want to spend a few moments in this hill station, then Elephant Head Point is the best place. Rock formations exist on the site that form an elephant trunk. It is one of the most visited and famous attractions of Mahabaleshwar. Elephant Point got its name during the British Raj and at that time the Governor of Bombay was Sir Mount Elstinton. It is believed that it was founded in 1930 by Dr. Murray, who also has an old mansion. Today only ruins of this hotel exist, in place of which a picnic shed for tourists is being constructed by the local authorities. 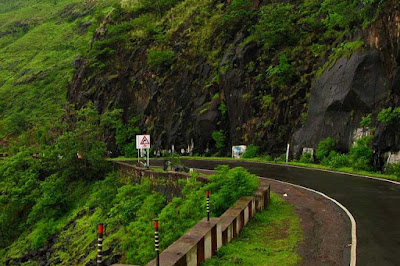 The place is named after the Chinese jail located in the vicinity of Mahabaleshwar. This place is great for a holiday getaway. 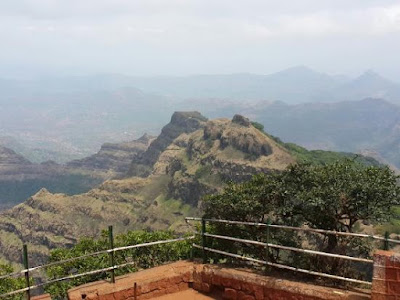 Arthur's Seat or Suicide Point is also known as the Queen of all points. Here one can get the most spectacular and attractive view of the dense valleys of Brahma-Aryana and Savitri river. From here if you go up, you can also see a window point and tiger spring. Take a guide with you as the trek trail becomes quite confusing at times. 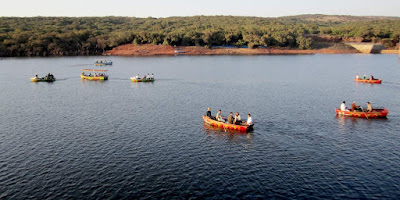 Venna Lake is a beautiful and scenic lake in Mahabaleshwar. One of the most famous tourist attractions of Mahabaleshwar, this lake is covered with tall trees and grass. Venna Lake is a man-made lake and is not natural. Venna Lake was built in 1942 by Shri Appasaheb Maharaj, the ruler of Satara and a descendant of Chhatrapati Shivaji Maharaj. Appasaheb was a leader in the 19th century. The lake is spread over an area of 28 acres in 7 to 8 km. It was initially intended to meet the water needs of the city of Mahabaleshwar. The lake also offers boat rides for tourists. Tourists can also opt for horse riding to see nearby places. 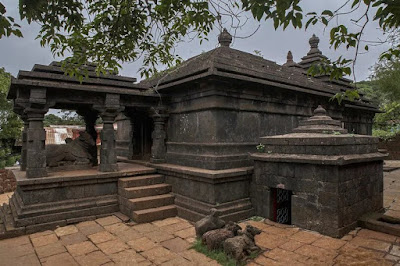 Mahabaleshwar Temple, located at a distance of 6 km from the city of Mahabaleshwar, is an ancient temple and is a perfect example of Maratha heritage. Every year lakhs of devotees visit this temple, known as Mahabali. The temple is extremely popular among Hindus, as Lord Shiva is the main deity here. Set amidst hilly terrains, this picturesque temple glorifies the Maratha Empire and its rule during the 16th century. It was built in the 16th century by the Chanda Rao Mor dynasty. The main attraction of this temple is the 6 feet tall Shiva Linga, which depicts the stone incarnation of Lord Shiva. Mahabaleshwar Temple has a very serene and spiritual atmosphere. Devotees visit the temple throughout the year to see the calm and serene aura of Lord Shiva. There are two more temples near the site, namely Atibaleshwar Temple and Panchganga Temple. 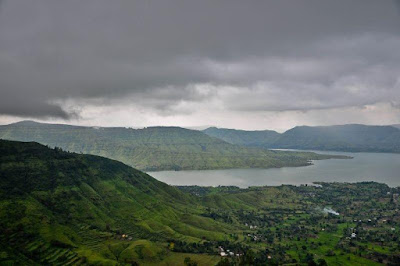 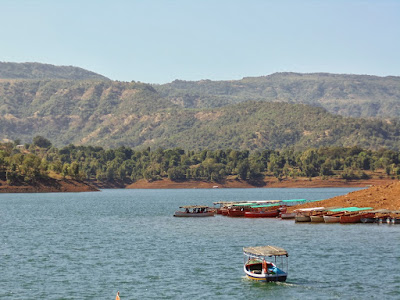 Situated in the quaint valleys of Mahabaleshwar, Tapola is a satellite village where natural scenes are seen. Known as 'Mini Kashmir', Tapola has many unknown forts in the dense forest around Vasota and Jaigad Lake. The views of these forts and forests are spectacular and you can get a panoramic view of the entire region. Apart from enjoying the beauty of this place, you can also enjoy many adventure sports in this region. The trek to the jungle trek, especially the Vasota Fort, is a thrilling activity and is rapidly gaining popularity among tourists. Visit Tapola to see the beauty of nature again. 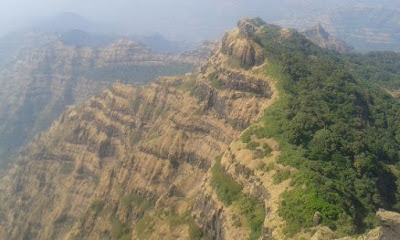 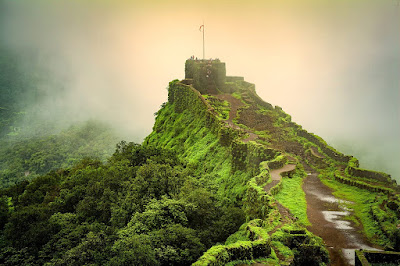 Pratapgarh is a hill fort in Maharashtra. Situated close to the famous hill station of Mahabaleshwar in Satara district, the citadel goes up to a height of about 3500 feet from the ground. This fort tells the history of Mahabaleshwar. There are four lakes within the fort, many of which flow during the monsoon. There is a Bhavani temple at the top of the fort, and a cultural library which reflects the heritage of the fort. There is a handicraft center for going from the base village to Pratapgarh, which attracts a lot of tourists. 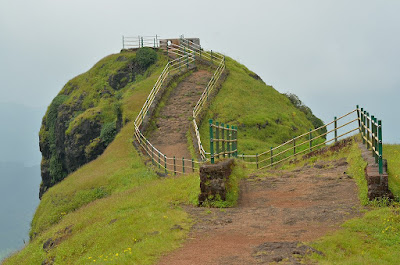 Lodwick Point, which is located 5 km west of Mahabaleshwar, looks like an elephant's head. This point provides an unmatched view of Pratapgarh Fort and Elphinstone Point. A huge statue of Lord Lodwick is situated on the point. There are also some local guides who guide tourists and provide information about the area. Lodwick Point was formerly known as 'Sydney Point'. It was built as a tribute to General Lodwick, the first officer in the British Army to climb the mountain and reach this point. To honor his brave soul, a pillar was erected here by his son. The height of this pillar is twenty five feet. 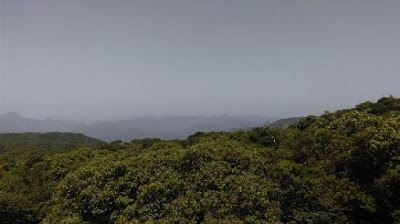 Babington Point is famous for its spectacular view. This point is 1200 meters above sea level and is a favorite tourist destination among trekkers and nature lovers. The Koyna and Soli valleys can also be seen from this point. 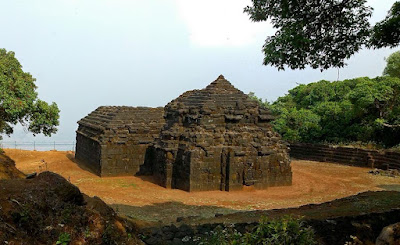 Situated on the top of a hill, the Krishnabai temple looks out from the Krishna valley. It was built in the late 19th century by the then ruler of Ratnagiri. The temple is dedicated to the goddess Krishnabai, but the complex also has a Shivalinga. The temple has a stone spout built in the shape of a cow's face as a source of water which is collected in a large tank. It is also considered the source of the Krishna River. 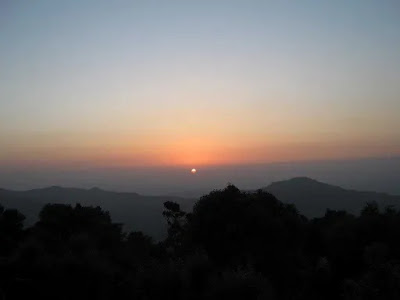 If you go to Bombay Point, then from here you will get to see a beautiful view of sunset. This coming you will feel as if the sun's redness is scattered in the sky. 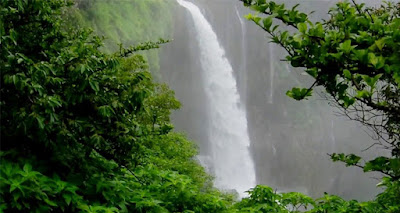 Lingmala waterfall is an astonishing waterfall located on the Mahabaleshwar-Pune road. The Lingamala waterfall offers a view of the beautiful Dhobi waterfall as well as the Chinaman Falls. The water level is about 500 feet from the rock and looks ideal during the rainy season. Small drops of water falling from Lingamala Falls appear as silver streaks and give an iridescent effect when the sun falls on it. From the falls, this water goes further into the valley of Venna. The water falls below a height of 600 feet. The most ancient form of natural beauty can be seen here as the waterfalls are surrounded by lush green environment.

The weather of Mahabaleshwar remains pleasant and extremely pleasant throughout the year, so you can visit Mahabaleshwar anytime of the year.Whenever you are in a mountainous area, you have to come back before it gets dark. To go to Mahabaleshwar, you must keep clothes and an umbrella, raincoat with you.You need to keep a pair of flat slippers or shoes for walking, making it very easy for you to travel. Never treat friendly animals, offer them food or anything. Also, do not try to touch or scare them. Avoid trekking or hiking on the trails of Mahabaleshwar. Try to travel here in a group. Mahabaleshwar is a small place and people are helpful. Try to take all necessary directions from the hotel desk. If you have to ask anyone about anything, then you should inquire about two to three people without trusting about any one thing.

BY AIR
The nearest airport to Mahabaleshwar is located at a distance of about one hundred and 20 km in Pune. This airport is very well connected to many other major domestic and international airports. A taxi service is also available at the airport, from where Mahabaleshwar can be reached.

BY ROAD
Frequent buses connect Mahabaleshwar to other major cities via roadways. Tourists can take a tourist bus from Mumbai, which runs from Sion, Vashi and Dadar (East). It takes about 6 hours to reach Mahabaleshwar from Mumbai. Currently, tourist buses are mainly operated by two private companies if traveling from Pune.