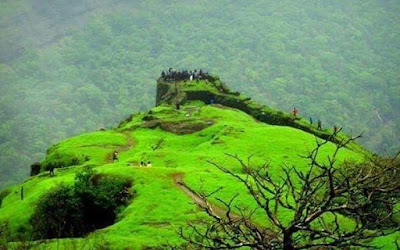 Looking at the history of Lonavala, we see that Lord Elphinstone, who was the Governor of the Bombay Presidency in the year 1871, started the process of developing Lonavala with Khandala. The present-day Lonavala used to be a part of the Yadav dynasty in ancient times which the Mughals had annexed into their sultanate. Finally the Marathas ruled Lonavala. The forts of the Lonavala region and the Malwa warriors played an important role in the history of the Maratha and Peshwa empires. 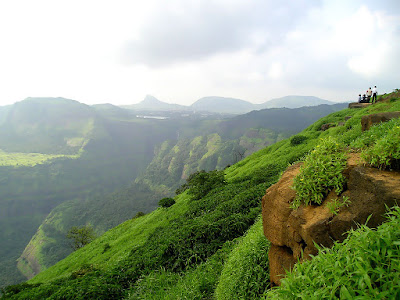 It comes alive during the monsoon, when there is greenery all around and all the dry springs and ponds are filled with water. 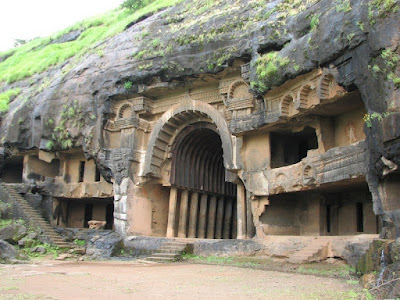 Places worth visiting Lonavala are the Bhaja caves or the Bhaje caves dating back to the 22nd century BC which is a group of 22 rockcut caves. Bhaja Caves resemble Carla Caves in style and architectural designs. Statues of Surya Narayana and Indra Dev are installed in the Bhaja cave. 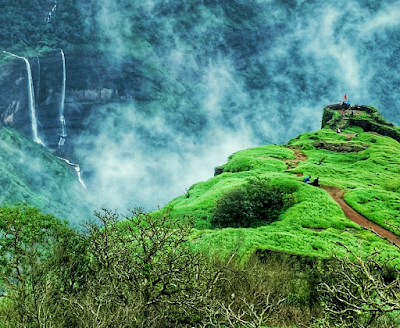 A place to visit in Lonavala is about 6 km from Rajmachi Point Lonavala railway station on the east Pune-Mumbai stateway from the starting point of the Ghat at Khandala. Rajmachi Point is one of the top tourist destinations of Lonavala and Lonwala. The reason for Rajamachi Point getting this name is the Rajamachi Fort of the incredible Maratha ruler Chhatrapati Shivaji Maharaj being located opposite this point. Rajmachi Point offers attractive views of the valley and waterfalls surrounding the Rajmachi Fort. Rajmachi Point has a scenic temple and a beautiful park for children. Rajmachi Point is also a famous area for filmmakers. 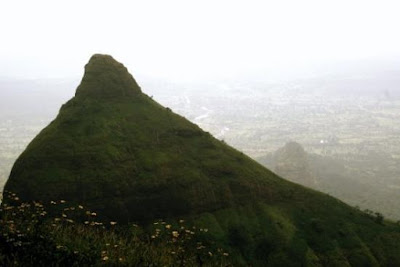 Places to visit in Lonavala Lions Point is a beautiful place located about 12 km from Lonavala railway station between Bhushi Dam and Aamby Valley. The mind gets mesmerized by seeing the scene of Lions Point. Many small waterfalls, lush green hills and lakes add to the beauty of this place during the monsoon season. 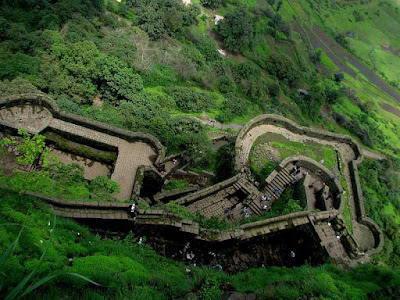 Lohagad Fort, located about 11 km from Lonavala, is a historic fort located on the Sahyadri hills in the Lonavala region in the state of Maharashtra, India. One of the best tourist destinations of Lonavala, this fort is situated on a 1050 meter high hill and this fort extends the Indrayani basin away from the wind basin. The fort of Lohagad is one of the great places to trek near Pune and Mumbai. 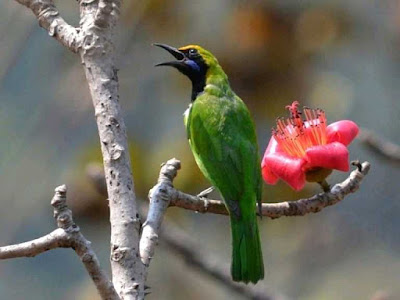 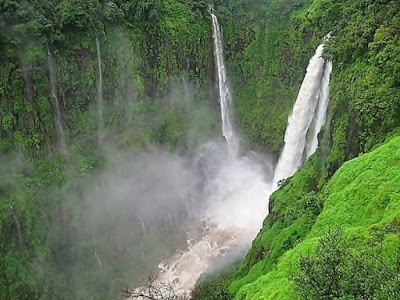 Places to visit in Lonavala Kune Falls is an attractive waterfall located near the village of Kune in Pune district of Maharashtra. This famous waterfall is one of the best places to visit in Lonavla. Kune Falls falls below a height of 200 meters, which offers interesting views for tourists. Kune Falls is located about 2 km from Khandala railway station and about 4 km from Lonavala. Tourists who come here are seen enjoying the popular activities like bathing and swimming in the waterfall. 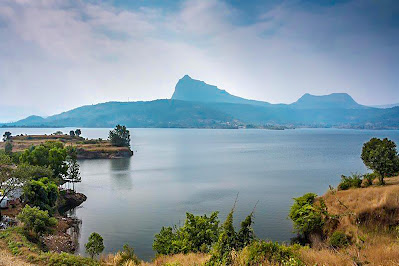 Pavana Lake, one of the major attractions of Lonavala, is an artificial lake made from the water of the Pavana Dam, which are situated on the outskirts of Lonavala. The famous Lonavala is situated in the midst of the scenic spots of Kamsetu and remains a center of attraction for tourists. The beautiful surroundings and the view of Pavana Lake, full of natural greenery, create a spectacular picnic spot. Lonavala and Lohagad are located about 15 km from the fort. 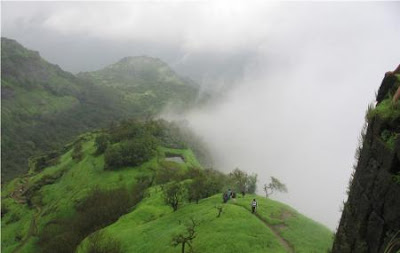 The famous Tiger Leap or Tiger Point of Lonavala is a beautiful sight located at a place called Kurawande on the route leading to the Ambi Valley. Tiger Leap is a hilltop also known as Wagdhari. These places are surrounded by forests from all around and offer views of beautiful waterfalls, mountains, greenery and lakes. The distance of Tiger Point is about 12 km from Lonavala. 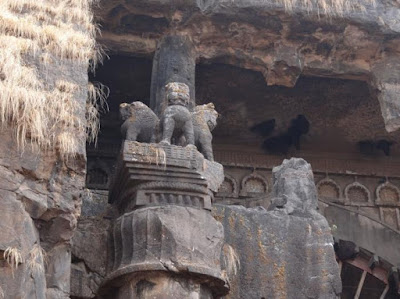 Karla or Karle Caves, one of the major tourist destinations of Lonavala, is an ancient Indian Buddhist rock-cut cave temple located at a place called Karli near Lonavala in Maharashtra. Located around 11 km from Lonavala, there are several attractive carved chaityas as well as viharas for monks within the complex of Karla Caves. 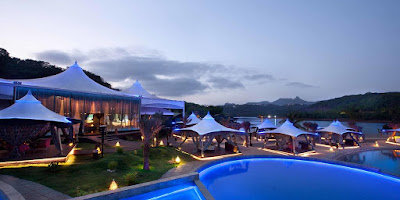 Aamby Valley is a beautiful settlement located about 24 km from Lonavala in Pune district of Maharashtra. The Aamby Valley was developed by the Sahara India family, who live in a developed settlement on a hilly area of about 10,000 acres. Tourists visiting Lonavala also turn to Aamby Valli. 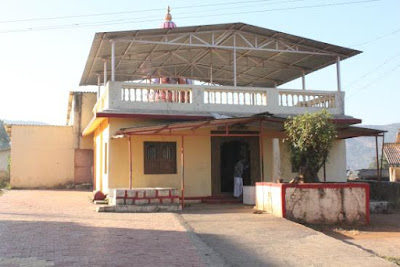 The scenic Bhairavnath Temple of Lonavala is located in Rajmachi whose architecture and design are similar to other Shiva temples in the Konkan region. The festival of Mahashivaratri is celebrated with grandeur, integrity and celebration in this attracted temple dedicated to Lord Bholenath. 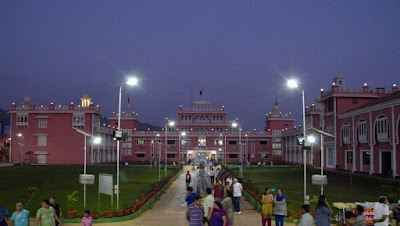 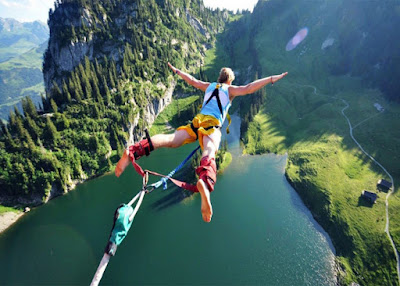 Bungee jumping in Lonavala can be enjoyed in an adventure park called Della Adventures. The device is mounted at a height of 150 feet and lasts for about 7-10 minutes. In bungee jumping people above 10 years of age and weighing less than 35 kg are allowed to jump. It is special for tourists who are interested in adventure activities.

BY AIR
If you have chosen an air route to travel to Lonavala, then let us tell you that the Pune International Airport is the nearest airport to Lonavala, which is located about 70 km from Lonavala.

BY TRAIN
If you have chosen the rail route to Lonavala, then let us tell you that Lonavala Tourist Place has it's own railway station. Which are connected to other major railway stations in the country.

BY ROAD
If you want to go by road to travel to Lonavala, then for your information, please tell that Lonavala Hill Station is located on the Mumbai-Pune Expressway. Which are well connected to major cities like Khopoli, Karjat, Talegaon and Dabhada. You can reach Lonavala easily by bus.