It was the most important and famous center of higher education in ancient India. In this center of Mahayana Buddhism, Hinayana Buddhism, as well as students of other religions and many countries, had 2,000 teachers to teach 10,000 students. Renowned Chinese traveler Xuanzang spent an important year of life here as a student and a teacher in the 7th century. The famous 'Buddhist Sariputra' was born here. 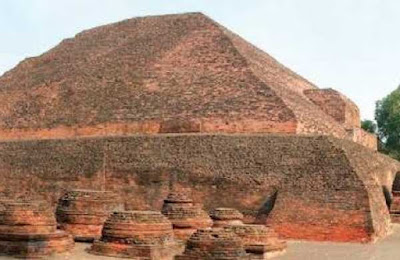 The credit of the establishment of this university is attributed to the Gupta ruler Kumaragupta 1 450-470. This university was fully supported by the successors of Hemant Kumar Gupta. Even after the fall of the Gupta dynasty, all the ruling dynasties continued to contribute to its prosperity. It was also patronized by the great emperor Harshavardhana and the Pala rulers. Apart from local rulers and various regions of India, it also received grants from many foreign rulers. 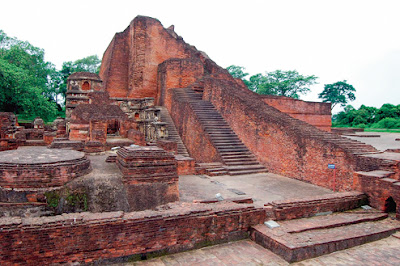 Students came to this university not only from different regions of India but also from Korea, Japan, China, Tibet, Indonesia, Persia and Turkey. The distinguished educated graduates of Nalanda went out preaching Buddhism. This university had international fame from the ninth century to the twelfth century. 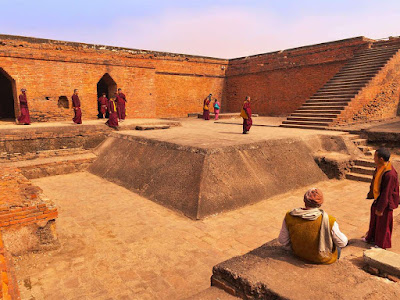 Built in a highly planned manner and in a vast area, this university was an amazing piece of architecture. Its entire complex was surrounded by a huge wall with a main entrance to it. From north to south there were rows of monasteries and in front of them there were many grand stupas and temples. Lord Buddha's beautiful idols were established in the temples. The Kendriya Vidyalaya had seven large rooms and in addition three hundred other rooms. Lectures were conducted here. Until now only thirteen monasteries have been excavated. By the way, there is a possibility of more monasteries. The monastery had more than one floor. The room used to have stone posts for sleeping. Lamps were made to hold lamps, books etc. A well was dug into the ground of each Ashram. Apart from eight huge buildings, ten temples, many prayer halls and study rooms, this complex also had beautiful gardens and lakes. 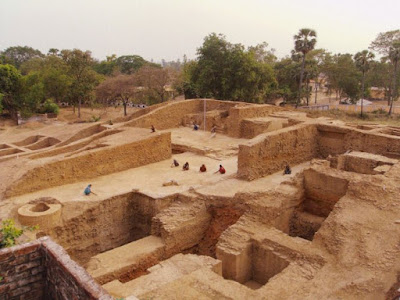 The entire university was managed by the Vice Chancellor or Head Acharya who was elected by the monks. The Vice Chancellor made all arrangements in consultation with two Consultative Committees. The first committee looked after the work related to education and curriculum and the second committee looked after the financial system and administration of the entire university. This committee used to look after the yield and income received from the two hundred villages donated to the university. Due to this, food, clothes and accommodation of thousands of students were arranged.This university had three categories of teachers who used to fall in the first, second and third class according to their ability. Among the famous masters of Nalanda were Sheelabhadra, Dharmapala, Chandrapal, Gunamati and Sthimati. At the time of Hieun Tsang in the 8th century, the head of this university was Shilabhadra, a great teacher, teacher and scholar. 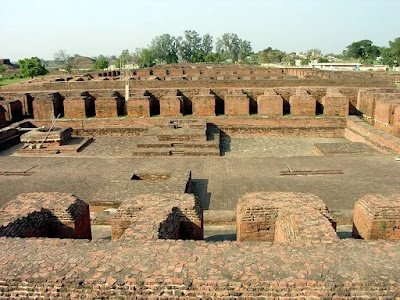 Entrance exam was very difficult and due to this only talented students could get admission. They had to pass three difficult exam levels. This is the world's first such parable. Pure conduct and adherence to the rules of the Union were extremely important. In this university, Acharya used to teach students by oral lectures. Apart from this, the interpretation of books was also done. There used to be debate. There was a study and doubt solution going on at every hour of the day. Here, there was a detailed study of the works of Nagarjuna, Vasubandhu, Asanga and Dharmakirti, the promoters of Mahayana. Vedas, Vedanta and Numbers were also taught. Grammar, philosophy, surgery, astrology, yoga and medical science were also under the syllabus. Based on the many bronze sculptures found in Nalanda's excavations, some scholars believe that the science of making metal sculptures was probably also studied. There was a special department for the study of astronomy. Nalanda had a vast library of nine floors with a unique collection of more than 3 lakh books for the study of thousands of students and masters. This library had books related to all subjects. It was situated in three huge buildings called 'Ratna Ranjak' 'Ratnoddhi' 'Ratna Sagar'. Many unattainable handwritten books were stored in the 'Ratnoddhi' library. Copies of many of these books were taken with Chinese travelers. 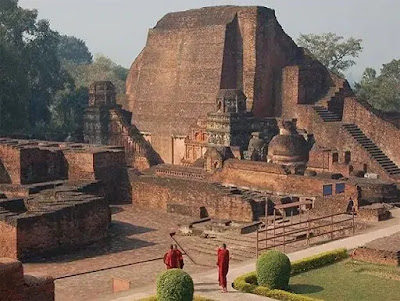 There were 300 rooms for the students to stay here, which alone or more than one student was available. One or two monk students lived in a room. The rooms were given to the students every year based on their advancement. It was managed by the students themselves through the Students' Union.The students had their own union here. They themselves used to arrange and elect it. This association used to do various student related matters like managing hostels etc. 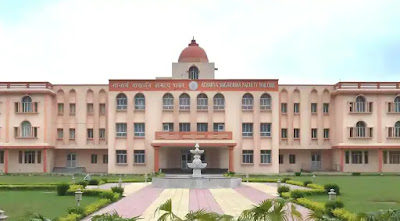 The remains of this university have been found in an area of fourteen hectares. All the buildings found in the excavation were constructed of red stone. This complex is built from south to north. Maths or viharas were built in the east direction and chaitya (temples) in the west direction of this complex. The main building of this complex was Vihar-1. Even today, the two-storey building remains here. The building is adjacent to the main courtyard of the complex. Probably here, teachers used to address their students. A small prayer hall is still in safe condition in this Vihar. A fractal statue of Lord Buddha is built in this chapel. The temple no. 3 is the largest temple in this complex. A panoramic view of the entire area can be seen from this temple. This temple is surrounded by many small and big stupas. All these stupas have statues of Lord Buddha in various postures.

BY AIR
The nearest airport is the Jayaprakash Narayan Airport of Patna, 89 km from here. From here you can take buses  or private cars.